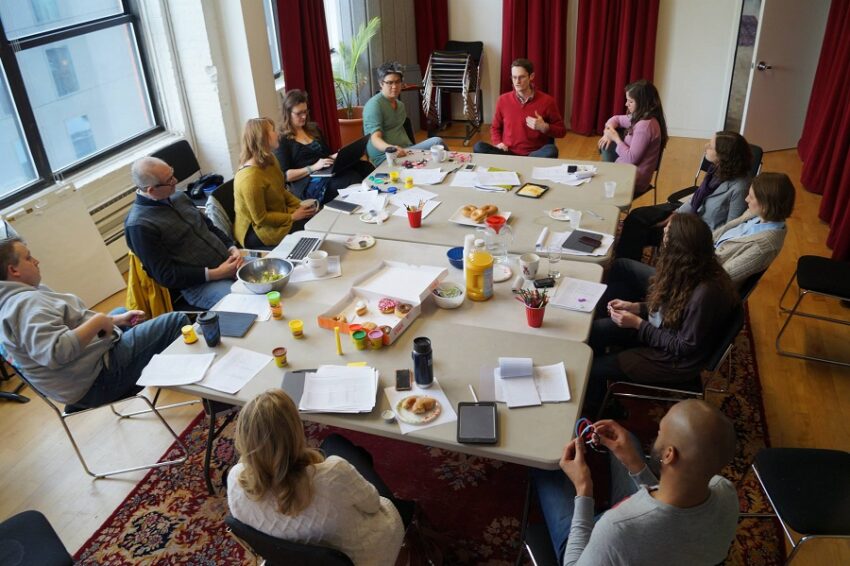 If you were looking for an illustration of why I am not thrilled about the way nonprofits operate, you’d be hard put to find a better case study that Francisco Mendoza’s thoughtful and thorough article that just appeared in American Theatre Magazine, “What Happened at the Lark?” It’s a lengthy read, but I urge you to read every word carefully as you consider the choice between for-profit and nonprofit status. It is the result of a six-month process of research.

The Lark is an extremely well-known and respected new play development organization in New York City that was founded in 1994, one that had a $1.9 million annual budget prior to its closure. So this is not the demise of a small, financially-struggling organization. My understanding is that the transition following the departure of the charismatic founders often is a problem, and that is partly because, in the leadership vacuum left in the wake of the departure, the board of directors will often take on more institutional power without really having a deep understanding of the underlying values of the institution. In this case, the Lark had a very clear set of values that had been developed by the staff and the original leadership, but were only superficially lived by the board members. And it isn’t that it was an unsophisticated board there only to raise money–the board included theater professionals such as playwright David Henry Hwang.

I’m certain that there are many other examples of similar situations in other nonprofit theaters, but it is rare to get to see behind the press releases to the struggles that led to the closing, and so really ought to be read by all members of the arts community. I also am certain that there are many examples of strong, positive relationships between boards and artists–I do not mean to imply that this is what always happens.

But Mr. Mendoza, as a playwright who called the Lark his artistic home, offers a deeply felt exploration of what happened from the viewpoints of many who were involved, both staff and board members. Kudos to Rob Weinert-Kendt and American Theatre Magazine for giving this important story the space necessary for a full accounting.

1 thought on “Case Study: The Lark”