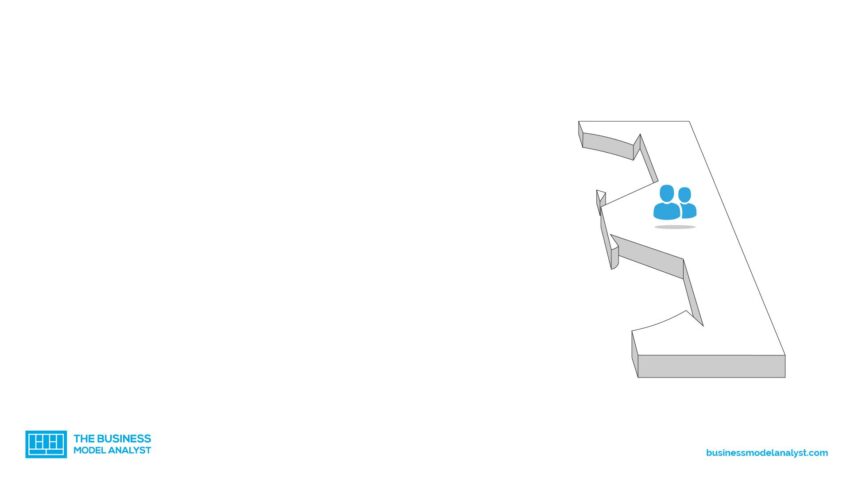 We’re going to work through the different aspects of the business model that was laid out in my last post introducing the Business Model Canvas. The first thing I want to discuss is the Customer Segment.

According to Business Model Generation, “The Customer Segments Building Block defines the different groups of people…and enterprise aims to reach and serve.” In other words, “For whom are we creating value? Who are our most important customers?”

Osterwald and Pigneur then define different types of Customer Segments, and the first two are particularly important: Mass market vs Niche market.

“Business models focused on mass markets don’t distinguish between Customer Segments. The Value Propositions, Distribution Channels, and Customer Relationships [other building blocks in the business model canvas] all focus on one large group of customers with broadly similar needs and problems.”

“Business models targeting niche markets cater to specific, specialized Customer segments. The Value Propositions, Distribution Channels, and Customer Relationships are all tailored to the specific requirements of a niche market.”

My experience has been that too many theaters–professional, amateur, university–behave as if their customer segment is a mass market, not a niche market. The reason for this is that they have no idea who actually comes to their shows, nor are they interested in finding out. They care about “ticket sales,” sure, but it doesn’t matter to them who actually buys those tickets.

Theater is a niche market in a specific place. It is a local, small business.

“A true fan is defined as a fan that will buy anything you produce. These diehard fans will drive 200 miles to see you sing; they will buy the hardback and paperback and audible versions of your book; they will purchase your next figurine sight unseen; they will pay for the “best-of” DVD version of your free youtube channel; they will come to your chef’s table once a month. If you have roughly a thousand of true fans like this (also known as super fans), you can make a living — if you are content to make a living but not a fortune.

In other words, you need to create a business model focused on a niche audience of people who want what you do. Everything else flows from that. You don’t just want “butts in seats,” you want the right butts! Your job as a startup theater is to figure out who those true fans are, and how to reach them in order to offer them something they want.

Novelists have learned this. There are many who make an excellent living writing and self-publishing genre novels that appeal to a passionate group of readers who the author has identified and cultivated. They have a bunch of fans who buy every book when it comes out, and often pay extra to have it autographed by the author.

This isn’t new. Charles Dickens, for instance, wrote many of his novels to be published in serial form in his own periodical, All the Year Round. Dickens owned the means of production, and his income was dependent on subscription sales. According to Wikipedia, “In 1859, Charles Dickens was the editor of his magazine Household Words, published by Bradbury and Evans; a petty dispute with them led Dickens to realize that he was at the publisher’s whim, and to decide that he would create a new weekly magazine that he would own and control entirely.” Publishing serially “made the stories affordable and accessible, with the audience more evenly distributed across income levels than previous.” He knew his audience, because he could go out on the street and hear people talking about the latest installment of his novel, and he would sometimes use that information to shape future episodes of the story.

Everything flows from there.

Let me give you an example: the Minneapolis theater Ten Thousand Things. If I’ve said this before, let me say it again: you need to get a copy of Michelle Hensley’s book All the Lights On: Reimagining Theater with Ten Thousand Things. While Hensley is not writing specifically about a business model, every chapter in that book seems to illustrate how values lead to specific decisions. In the epilogue, Hensley writes, “I do hope that I have provoked you to think about ‘audience’ differently. I hope you will no longer take them for granted. I hope you will think honestly about who you would like your audience to be and how you might better reach them.”

“Looking around at the audience [at an urban regional theater] before the lights went down, I saw mostly well-off, educated white people. Lots of other people seemed left out….I really didn’t want to spend my life on an art form that seemed to be set up to leave so many people out….But we couldn’t imagine how to get such an audience [of left-out people] to come to the theater. The forces against it felt enormous: there was the ticket price of course, but also the fact that this audience, like my [Iowa farmer] grandpa, probably wouldn’t feel comfortable. Seeing it through their eyes, the theater ‘scene’ felt duaunting: people were all dressed up, they’d been to college, they knew some mysterious code of behavior that told them when to applaud and when to be quiet. The plush lobby and seats seemed foreign and unwlecoming. My audience would never come. I realized the only way to reach my imagined, caring audience would be to go to them.

All the Lights On by Michelle Hensley

Do you see the thought process? Who do I want in my audience? And then how do I reach them? So where did Hensley go to perform? Shelters, prisons, and adult education classrooms. The title of her book, All the Lights On, reflects the fact that performing in such venues meant using just the overhead lights–they didn’t have the human power or electric power to be putting up a portable lighting system–they performed with “all the lights on.” Hensley wanted to do theater for people who didn’t have access, and who thought they weren’t interested, and that required her to develop a theater that could do that.

Everything develops from the answer to this single question: “Who do I want to perform for?”