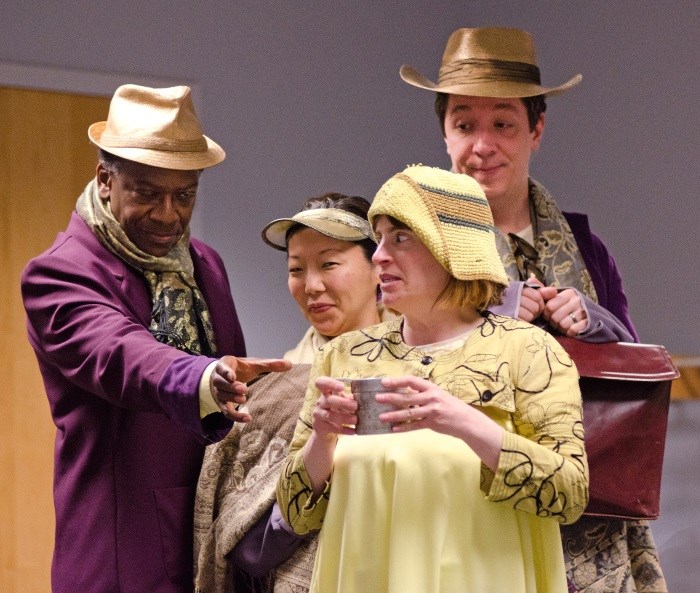 In some ways, these don’t require a lot of explanation.

A pain is “anything that annoys your customers before, during, and after trying to get a job done or simply prevents them from getting a job done.” Also risks that occur if the job is done poorly.

Think back to Ten Thousand Things as described in All the Lights On. Once Hensley had chosen her Customer Segment (people in homeless shelters, prisons, women’s shelters, etc. that were economically and racially diverse) she could look at the way theater is usually delivered and consider the pains her chosen audience might encounter. For instance

There are more, but that is enough to give a sense.

Hensley realized that many of her chosen audience would never have encountered theater before–that a Ten Thousand Things performance might be the first contact they’d ever had with live theater. She wanted “people to be blown away by their first encounter with theater.” So she did her best to eliminate the pains.

And what was the gain? Hensley called it “radiance”: “the ineffable feeling of deep exchange with an audience.” More than just “connection,” radiance “comes from such a deep place, with minds, hearts, and imaginations all engaged at once.” Her chosen audience members, who often felt socially isolated as a result of their situation, were allowed to “imagine new worlds together in a moment.” Let Hensley elaborate:

“[W]e were entering places where people were without expectations and used to making do with very little, where the rooms we had to perform in were already very spare–cinderblock walls, linoleum floors, maybe industrial carpeting. As we held up a Hula-Hoop and asked the audience to imagine it was the moon, we could viscerally feel the pleasure they took in the invitation. They would giggle, resisting for a bit, of course, but then take the plunge. We were offering them a chance to exercise the muscles of their imaginations and participate in the creation of an escape from their barren surroundings, at least for a few hours. We were helping them remember that they could still pretend, just like kids do. There is a palpable energy when everyone in a room is making things up together.”

Michelle Hensley, All the Lights On

Also, by trying to “match a play to a specific audience,” and doing so in a way that wasn’t condescending (not “what can we teach these poor people about their poor choices” BS), and that means trying to imagine a play and performance through the eyes of the chosen audience. And when you’ve chosen correctly, the connection is strong. “I think someone wrote my unauthorized biography!” one woman wrote after seeing Good Person of Setzuan. “It was moving and a release,” wrote another. [Aristotle’s catharsis, anyone?] “Wow! it helped me get a new perspective on a lot of difficult things in my life. It was fun and heartful.” And another man wrote, “Things like this make me really want to get my life in order. It makes me see that life really has a meaning. Thank you.” By watching a play, people surviving difficulties were allowed to feel not so alone–representation matters, right? They could see someone onstage struggling with something that they understood and may have experienced themselves.

The pains and gains of your chosen audience will be entirely different, of course, and while Michelle Hensley did not “get out of the building” to ask her chosen audience what they were, she instead learned on the fly by watching every single performance, focusing almost entirely on the audience reactions, and gradually she came to understand them more deeply.

That’s your goal, too.